The picture above has sparked some interesting analysis. Some posit that the message of the picture is that Christianity is void of inspiration. Others maintain that it makes a statement about the fervor of Christians, that they clear the shelves seeking out an inspirational message. How you interpret it depends on your BACKGROUND KNOWLEDGE and EXPERIENCES. You probably make these "visual arguments" more often than you might realize. What do you suppose causes different people to look at the same picture and derive completely opposite messages? What does that say about the picture? Ch. 3 is about decoding and interpreting visual texts. Ch. 2 first presents you with argumentative essays and asks you to read them critically. The first step in arguing effectively is to get a grasp on the subject matter, whether written or visual. The next step is to formulate an opinion. Then you make the connections between the subject itself and your reasons. Finally, you must further the argument; this may mean directing readers toward some sort of action or elaborating on the message, telling readers how to apply it to their own lives.
The formula can be written this way: Understanding, Formulating, Connecting, Furthering.

Ch. 2 (pg. 33)
This chapter focuses on one specific issue-- violent media, and whether or not it triggers violent behavior.
On one side, people argue that "violent images have helped to create an increasingly violent culture, which in turn has inspired young people to commit violent crimes" (33). Others argue that "violent media images are not to blame for such events- and that, in fact, they provide a safe outlet for aggression" (33).
Can you think of other arguable positions on the subject?
You were given an assignment to write an essay addressing this topic. Let's explore some of the questions that you might have asked yourself prior to writing your essay:

·         Are artists in any way responsible for real violence in society?

·         Why might people find violent media enjoyable (it makes up a large part of the entertainment industry)?
Do  they have a right to enjoy it?

** Can you share some personal connection to this topic? Has anything specific happened in your life to shape your views of this topic?

You are asked to read the essays provided to you in the textbook about this issue and consider whether or not they influlence your thinking on the topic.

The first step is READING CRITICALLY. What does that mean?
It does NOT mean challenging or arguing with every idea you encounter but rather commenting, questioning, and judging. You assess the accuracy of the facts in your sources and if opinions are supported by evidence. You judge the reliability of the writer's sources and evaluate the scope and depth of the evidence and its relevance to the topic. You also consider opposing arguments, measuring them against the ones in your sources. Watch out for bias -- including your own. View checkbox pg. 34 for further details.

ACTIVE READING
An active reader participates in the reading process by taking time to read the entire sources, reread it, while highlighting important ideas and annotating (making notes in the margins). This process makes responding to the subject so much easier-- it also gives you a map when you are asked to write about the subject. Just find the highlighted word you are looking for, or build a response from your annotations.

View the "Highlighting" checkbox on pg. 40.

If you find yourself getting confused at the author's main idea or position, reread the title, introduction, and conclusion. These parts of the essay are used primarily for clarification of the writer's argument.

Let's consider the readings in Ch. 2.
1. "Violent Media Is Good For Kids" by Gerard Jones
This is a "personal response" essay. The author uses first person "I" to frame his argument. This does not mean that he is not credible; more than personal experience, Jones also brings research into his response.
Here are questions for us to consider:
* What is Jones' thesis? What position is he arguing?
* What evidence does he give to support his position?
* What arguments against his position does he identify? How does he refute them?
* Why is Jones a credible source?

Now answer the same questions for the essay "When Life Imitates Video" by John Leo.

* Who has the most convincing argument? Why?


There are several other, shorter "critical responses" on pgs. 46-47. What differing viewpoints are presented?
You will write a "critical response" when we get to the "casebook" assignments. We will use the exercise 2.8 on pg. 51 to construct that essay. Right now, you will be focusing on writing your own "personal response" to the issue (violent media). However, in order to practice incorporating sources, you will be asked to add 3 short quotes from the readings in Ch. 2 to your own response essay. See assignment tab for details.


-- Stop here, and pick up on Wednesday.

What  is a visual argument? It is an advertisement, chart, diagram, web page, photograph, or painting that communicates a POSITION through images rather than words. Evidence for the position will be inherant to the image.
Understand the message. Understand how it is conveyed. Evaluate the methods used to persuade.
Of course, not every visual is an argument.

AND
Then, turn to the visual images in Ch. 3. Choose either the cartoon on the bottom of pg. 55, the chart on pg. 56, or the graph on pg. 58... or picture on pg. 61. Write a paragraph that responds to the following questions:
Sentence one: What main idea does the visual communicate? (explain what the visual is within that sentence)
Sentences 2-3: What elements in the visual support this main idea?
Sentence 4: What general purpose does the visual seem designed to achieve?
Sentence 5: To what kind of audience do you think the visual would appeal?

Consider this visual argument-- what is the message? How is it portrayed?
http://www.youtube.com/watch?v=EGp0WWfEadg 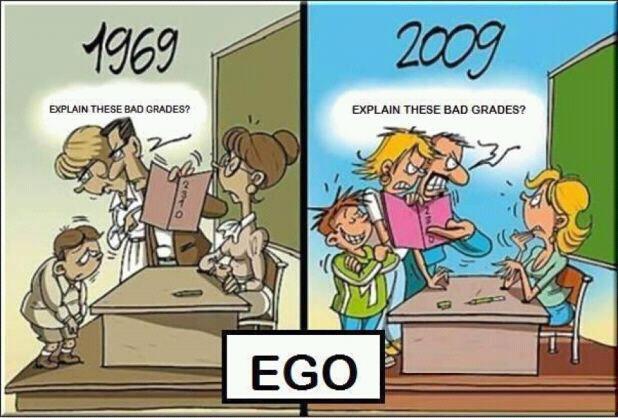 Rhetorical Analysis
"Rhetoric" as it is meant in an English class does not carry the usual negative connotation meant when someone refers to a speech as being "nothing but rhetoric"- empty words and phrases that are calculated to confuse and manipulate listeners. On the contrary, rhetoric refers to how various elements work together to form a convincing and persuasive argument.

When you read an argument that you are being asked to analyze, consider the following:
The Writer's Purpose: Is it stated directly or implied? Is it to convince or to encourage action? Is it emotion or logic driven? Is there a hidden agenda?
The Writer's Audience: Who is the intended audience? Does the writer view the audience as friendly, hostile, or neutral? What values does the writer think the audience holds? Does the writer see the audience as informed or uninformed?
The Topic: What is the topic of argument? Why is the writer addressing this topic? Is the argument developed fully?
The Context: What situation(s) set the stage for the argument?
What social, political, and cultural events triggered the argument?
What historical references situate this argument in a particular place or time?
Means of Persuasion: The most effective arguments combine (at least 2 of the following):  logos (appeal to logic), pathos (appeal to emotion), and ethos (appeal to authority). What means does the writer use?

You must also be able to identify the following in the writing you are attempting to analyze, and you must employ these components in your writing:  [Page 78-79]
1. The Thesis: The position that the argument support? Why is it stated the way it is? How effective is the placement of the thesis?
2. Organization: How the writer arranges the ideas. Is there a refutation of opposing ideas?
3. Evidence: Any thesis must be supported with evidence- facts, observations, expert opinions, etc. Historical and personal examples are often included.
4. Stylistic Techniques: It isn't enough just to make your argument-- you must make your argument memorable. Here are some techniques for doing so.
--Simile (figure of speech that compares two unlike things using like or as).
--Metaphor (comparison in which two dissimilar things are compared without the word like or as).
--Allusion (a reference within a literary work to another work-- a connection.)
--Parallelism (use of similar structure in the repetition of pairs or series of words, phrases, or clauses that emphasizes related ideas and makes the passage easier to follow).
--Repetition (Repeating a word or phrase carefully for emphasis, clarity, or effect.)
[Example is Obama's inauguration speech; he continually repeated the phrase, "we, the people."]
--Rhetorical Questions (a question asked to encourage readers to reflect on an issue, not call for a reply).

Finally, you must assess the effectiveness of the argument. Is it persuasive? Has the author achieved his or her purpose? When writing your analysis, It is easiest to begin with an assessment then go onto support it.


Ch. 5- Logic & Fallacies
Logic: From the Greek LOGOS, roughly translated as "word", "thought," "principle," or "reason." Logic is concerned with principles of correct reasoning. By studying logic, you learn the principles that determine the validity of arguments. In other words, logic enables you to tell whether a conclusion correctly follows from a set of statements or assumptions.

Inductive Reasoning begins with specific observations (or evidence) and moves to a general conclusion.

You reach an inductive conclusion by making an INFERENCE- a statement about what is unknown based on what is known. It requires you to look at evidence and try to figure out what is going on. This leaves you witha  gap between your observations and conclusion, and to bridge the gap, you make an inductive leap. Therefore, inductive conclusions are never certain but only probable. The more evidence, the stronger the argument and the more probable the conclusion. If the gap is too wide, this can result in a hasty generalization.

Watch out for: Insufficient evidence (which is atypical or biased); Irrelevant evidence (it must support the conclusion); and exceptions to the rule (avoid words like all and always).

Fallacies (begin on page 113): [Inaccurate or intentionally misleading arguments]
Begging the question (assumes that a statement is self0evident when it actually requires proof)
Circular Reasoning (attempting to support a claim by simply repeating the statement in different terms)
Weak Analogy
Personal Attack or Ad Hominem
Hasty Generalization (jumping to a conclusion with too little evidence)
Either/Or or false dilemma (only 2 choices)
Equivocation (term changes meaning within an argument)
Red Herring (a diversion)
Slippery Slope (one thing will inevitably result from another)
You Also asserts that a statement is false because it is inconsistent with what the speaker has said or done.
Appeal to Doubtful Authority (people use the ideas of nonexperts to support their arguments)
Misuse of Statistics (data is misrepresented)
Post Hoc (2 events occurring close together must be cause/effect)
Non Sequitur or does not follow (conclusion does not follow from the premises)
Bandwagon (try to convince people that something is true because most people think it is)


*If you did not cover these in English 1301, then please click here for a review: http://compositioncafe.weebly.com/fallacy.html